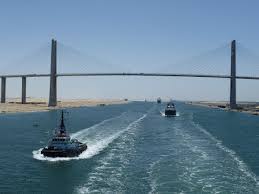 Asia-Europe rate war is over, and the spot market is bound to improve though little can be expected on long term contract rates, says London’s Drewry Maritime Research.

“While BCO rates are unlikely to drop any lower in 2017, the highly competitive environment when the alliances regroup next April probably means there will not be any appreciable increase in BCO rates next year,” say Drewry analysts.

Looking back, Drewry says second quarter headhaul volumes rose were up 1.8 per cent year on year, following a 1.2 per cent rise in the first quarter, a “respectable rate of growth given the current state of the world’s economy.”

April was up 7.7 per cent following gains in March, but May and June were down providing a 12-month rolling average at the end of June of minus two per cent.

“If one can speak of some modest upturn in the trade it is not due to things getting better, but more to them no longer getting worse,” said Drewry.

First half cargo into Russia, for example, was down 30 per cent, but in the first quarter of 2016, volumes went up 2.2 per cent.

Western sanctions imposed on Russia also impacted on the economies of its neighbours, but here again there is clear evidence that a recovery in imports is underway, Drewry said.

“In the second quarter, Asian exports entering Latvia rose 6.3 per cent and those to Lithuania climbed by almost 12 per cent.”

Loads to Finland still contracted by 4.5 per cent, “but that was a vast improvement on the percentage losses the country was experiencing a year before.” However, demand for Asian goods remained weak in Estonia with second quarter losses still running at 23 per cent.

“German imports continue to remain sluggish, falling by over one per cent between April and June,” said Drewry.

“It is understood that there has been another drift of cargo bound for south Germany – as well as traffic to the Central European markets of Austria, Hungary, Czech Republic and Slovakia – towards a Mediterranean routing via Adriatic ports.”

French volumes recovered in the second quarter, following a 3.7 per cent drop in the first three months, but it said there were concerns that further terrorist atrocities during the summer might dampen consumer demand in the second half of the year.

“Cargo to the UK rose more than four per cent in both quarters, but it was reported that some British importers had called forward third quarter orders ahead of the Brexit referendum amid concerns that the pound would fall in value if the decision were to leave, Drewry noted. “That turned out to be a shrewd move.

“It is too early to say what the long-term implications will be for this trade arising from the UK’s vote to withdraw from the EU, but the 10 per cent fall in the value of the pound likely to suppress growth for UK imports.”

Drewry said carriers had reacted to the stagnant demand growth by trimming capacity, estimating that 4.4 per cent of slots had been removed from the system between January and July year on year