The Panama Canal is set to welcome its biggest ever containership in mid-May, according to Alphaliner. 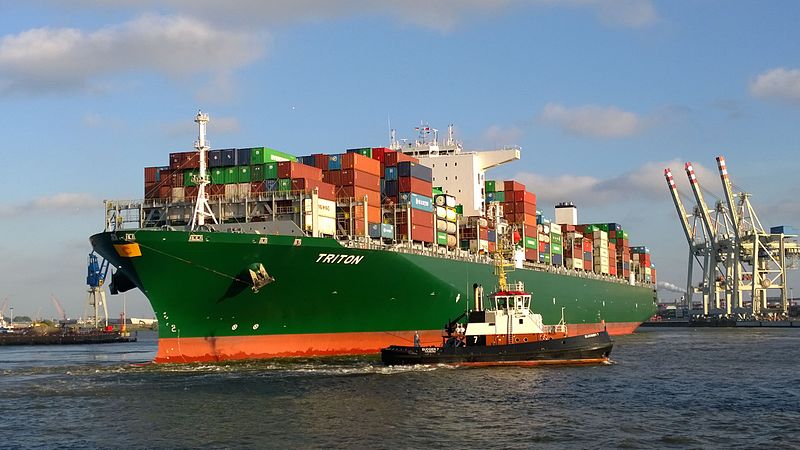 Namely, Taiwan’s Evergreen would assign the maxi-Neopanamax Triton, a vessel with a 20-row beam of 51.2 meters and a length of 369 meters, to a Panama Canal-routed Far East – USEC service.

The 14,424 TEU Triton will become the first-ever containership of this beam and length to transit the canal. Currently deployed on the Far East – USWC route, the Triton will join Evergreen’s Far East – USEC service AUE, part of the OCEAN Alliance network, on April 18.

The ship is scheduled to transit the Panama Canal on May 15, en route from Kaohsiung to Colon, from where it will continue to ports on the US East Coast. With the Triton’s passage, Evergreen will be the first carrier to make use of the Panama Canal Authority’s (ACP) revised neo-panamax gauge.

One year ago, in April 2018, the ACP announced to increase the allowable beam for vessels transiting the new canal locks from 49 meters (19 rows) to 51.25 meters (20 rows). The revised rule came into force on June 1, 2018, after nearly two years of successful operations of the new canal locks.

While allowing a wider beam, the new transit regime retained the 366 m maximum vessel length restriction. However, the ACP said that it would consider to accept ships of up to 369 meters, such as the Triton, on a case by case basis.

The largest containerships deployed on trans-Panama routes so far have been Neopanamax VLCS with 19 row beams of up to 48.4 meters and a maximum length of 366 meters.