Containership capacity is growing at its lowest – 3.4 per cent – it has in 10 years when average annual growth was nine per cent, reported Lloyd’s Loading List. 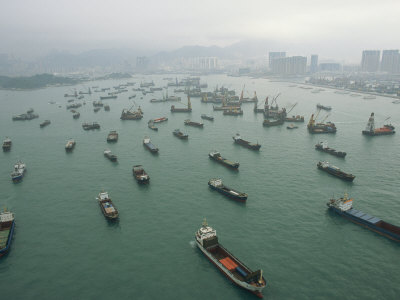 Slow as that growth is, it will not stop the containership fleet from breaking the 20 million TEU mark this year, says global shipowners group BIMCO (Baltic and International Maritime Council).

BIMCO analyst Peter Sand said that while the entire box ship fleet capacity had increased nine per cent a year from 2006, it had only increased ship numbers 3.7 per cent.

“Despite the enormous growth of ULCS [ultra large container ships] market share, the postpanamax fleet of 8,000-12,000 TEU is still the preferred class, accounting for a quarter of the fleet,” he said.

BIMCO said the fleet would grow to an estimated net addition of 680,000 million TEU this year, thus hitting the 20 million TEU mark next month.

“However, the fleet grew unevenly, displaying a shift to larger ship sizes and giving a one-sided focus on cutting unit costs per transported TEU by having larger ships, continuing the theme of ‘bigger is better’.”

The ULCS was the main driver of growth. It constituted just 0.5 per cent of the fleet in 2007 but now represents 18 per cent.