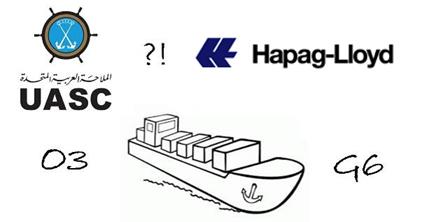 Germany’s Hapag-Lloyd and the United Arab Shipping Company (UASC) have officially signed the agreement that will see the Dubai company merged with the Hamburg shipping giant.

Said UASC president Jorn Hinge: “We are embarking on an exciting new phase of UASC´s growth. The combined company will provide efficient service offerings in all major trade lanes and markets of the world.”

Pending regulatory approvals, the merger is expected to be completed by the end of 2016. Until then, UASC and Hapag-Lloyd will act as stand-alone companies, operating in its own alliance until April when new vessel sharing agreements take effect.

Included is a plan for a US$400 million cash capital injection, by way of a rights issue, within six months of the merger, reports Colchester’s Seatrade Maritime.

The future equity funding of the merger is among the key developments unveiled in a just released Business Combination Agreement (BCA) and separate Shareholders Support Agreement (SSA).

Hapag-Lloyd will remain a registered and stock listed company in Germany with its head office in Hamburg, subject to the necessary regulatory and contractual approvals.

The company statement spoke of UASC’s solid presence in “Middle Eastern markets and trades” and the new company’s “commitment to further strengthening this presence by establishing a fifth Hapag-Lloyd Regional Centre in Dubai.”

The company will be the key player in the “THE Alliance” the new grouping of Hanjin, Hapag-Lloyd, “K” Line, MOL, NYK and Yang Ming, that becomes operational in April 2017.

Pending regulatory and contractual approvals, the merger is expected to be completed by the end of 2016. Until then, UASC and Hapag-Lloyd will continue to operate as stand-alone companies.

Each company will also operate in its own alliance as currently structured until the end of March 2017, after which THE Alliance will commence operations.

This is the third big merger in the last 12 months after CMA CGM’s purchase of Singapore’s Neptune Orient Lines (NOL), and the merger of Cosco Container Lines and China Shipping Container Lines (CSCL).